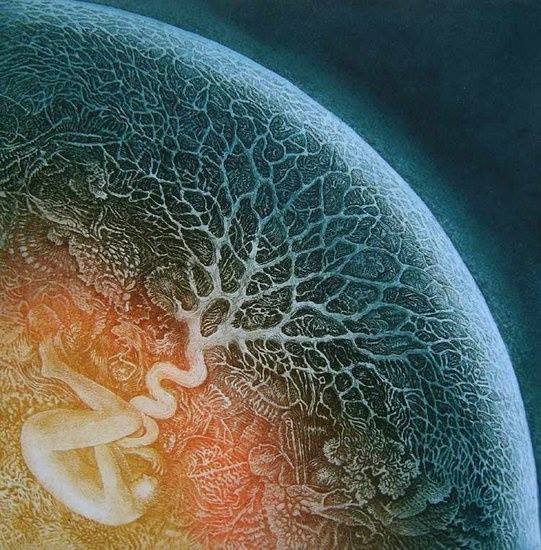 It is known that Trees secretly talk to each other underground and pass information and resources to each other. The network of mycorrhizal fungi (mykós means fungus and riza means root in Greek, is a mat of long, thin filaments that connect an estimated 90 per cent of land plants (The New York Botanical Garden).

Lie back into the Wood Wide Web of the Trees at Sunset. At this time, trees harvest their daily information sent via their mycorrhizal fungi messaging network. They monitor the state of the Earth and communicate through this network – roots and fungi underground and leaves above (light codes and cosmic rays).

They are pulling together (above and below) in a protective blanket over Gaia at this time – synthesising and absorbing Galactic Love and light codes sent by other planets, stars and their Beings and sewing it into the Earth as energy for the new template; radiating gratitude back from Gaia through their leaves to the Sun, which transmits it Universally.

When we rest back into this net with them at Sunset each day, we can also harvest the energies exchanged and reboot to the upgraded template, which is being added to daily (it is the weaving of the Web and Gaia’s new template). Our bodies are recharged and aligned with Gaia’s daily ascension codes. At this time we can also get instruction from the Web in how we can be of service to the whole. It will be a seed that can be planted daily. The seed I was given was to share this message. This is the first strand that I am weaving into the Web of Life in co-operation with this process.

Raven is the powerful alley that led me to this Network.